A model diagram of a radio network used by Police units in Poland which integrates both conventional and trunked radio communication systems. The installation comprises 26 dispatch centers at various organizational levels of the Lubuskie Province Police, all of which are mutually interconnected and create a network of shared base stations.

In this particular case, our solution enabled an extensive radio network covering the entire region to be created.

When creating the network, we made use of the customer’s existing NetPerformer-based infrastructure, combining the Q.SIG signalling (audio) and the Frame Relay protocol (data). As all Multikom systems are interconnected, their integration into one network allows any base station throughout the system to be made permanently or temporarily available to any of the dispatch consoles. The migration from the original synchronized network connections to the new one, which uses the IP OST112 packet network, was conducted in 2012.

In subsequent years, the system was supplemented with IP interfaces designated for a network of radio repeaters operating in the DMR standard.

This system was designed, set up and used as a cornerstone for communication between police officers who were on duty at the National Stadium in Warsaw during the European Championship in 2012. The nature of the event required it to be put together to an extremely tight deadline.

It ensured integration of all radio systems used by the customer during EURO 2012, i.e. conventional radio network, EDACS and TETRA. The functionality of the Unikom 7 console was greatly expanded with the possibilities and functions offered by the EDACS trunk network. As mentioned above, the greatest challenge ofthis project was the limited time to install, commission, and implement the system. At present, several more Multikom systems are being installed and commissioned on the territory falling under the Metropolitan Police’s responsiblity and they will eventually be part of a network enabling resource sharing between individual police stations.

This project was similar in its scope and applied solutions to the one which was implemented for the Lubuskie Province Police. It com- prises 25 independent Multikom 2 dispatch systems that operate over conventional radio networks and support telephone communication, using the CTI interface.

Dispatch centre operators are able to access any base station within the entire province. Originally, NetPerformer-based protocols (Q.SIG + Frame Relay) were used for network connections between the autonomous systems. In 2012, an actual migration to the OST112 IP network was completed and the individual district systems were sup- plemented with interfaces for the Mototrbo DMR network. 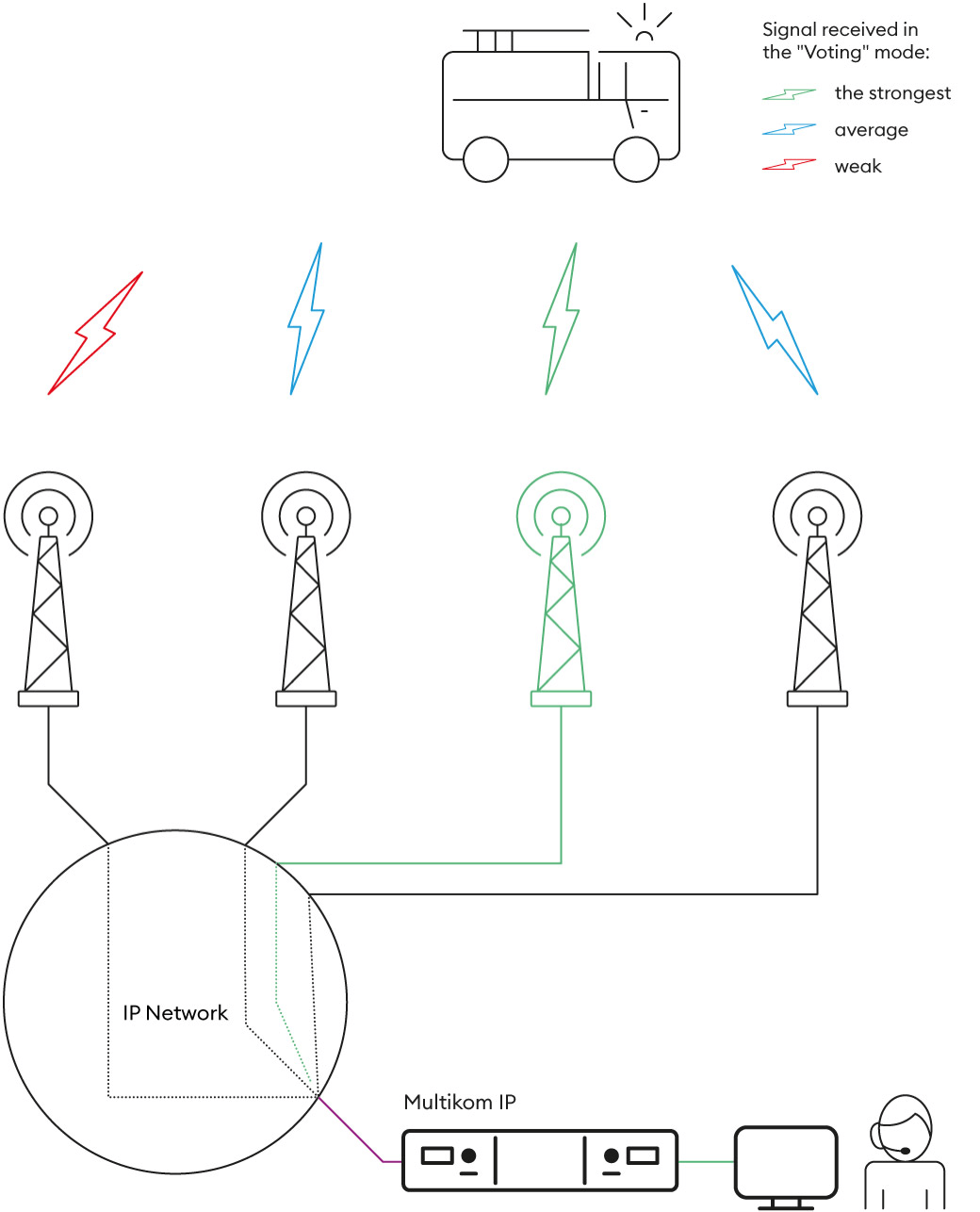 The system set up for The Warsaw Municipal Police is an example of a dispatch system in which we have integrated trunked digital and analogue networks (TETRA, EDACS) as well as conventional analogue radio networks into a single homogenous platform.

The dispatch centres can engage in voice communication over TETRA and EDACS networks and also over the conventional (analogue) system. The possibility to temporarily interconnect different radio communication systems is a critical function. Thus, Municipal Police officers are able to communicate directly despite the fact that they may be using various terminals operating under different systems. In 2014, the Warsaw Municipal Police were provided with a new trunked radio system; Nexedge standard by Kenwood. The Multikom system is linked up to the Nexedge system via an IP network using a protocol designed by the trunked system manufacturer.

Apart from enabling voice communication, the connection between the two platforms allows the various special features offered by Nexedge to be controlled from Multikom consoles, including visualizing the current location of the dispatcher on the map. In addition, the location data is transmitted from the Multikom system to an external control application through the API interface.